Results of the festival “Summer in Novo-Molokovo”

The festival site of Novo-Molokovo welcomed good neighbors, friends and colleagues, sportsmen, artists and art lovers for an exciting and vibrant outdoor celebration.

The festival began with a morning bike ride around Leninsky district. The team of extreme sports fans comprised by the residents of the district explored the sights in the vicinity,  completing their route at the main festival site of Novo-Molokovo, where the performance called “Three images” was about to begin. Three artists were simultaneously drawing the portraits of the guests of the festival using different techniques. As a result three visual projections revealing the character of the volunteering models were retained by them as a keepsake. While some were waiting for their moment of glory, others led by artist Pavel Kiselev were already becoming a part of the urban history by creating a collective art object at the master-class site — an unusual installation made from hundreds of wooden puzzles.  The nearby tent was occupied by children’s club “Fidgets”, where activities and master- classes involving making small airplanes from pastry, bracelet weaving, artificial ice-cream making, making stamps from improvised materials, paper fans and lamps were alternating all day long.  The site was shared with the interactive “Taras Bulba” performance staged by the story-telling workshop of Meyerhold Center represented by the actors from Theatre.DOC. The audience both cried and laughed, all the spectators were involved into the process of staging Gogol’s story. 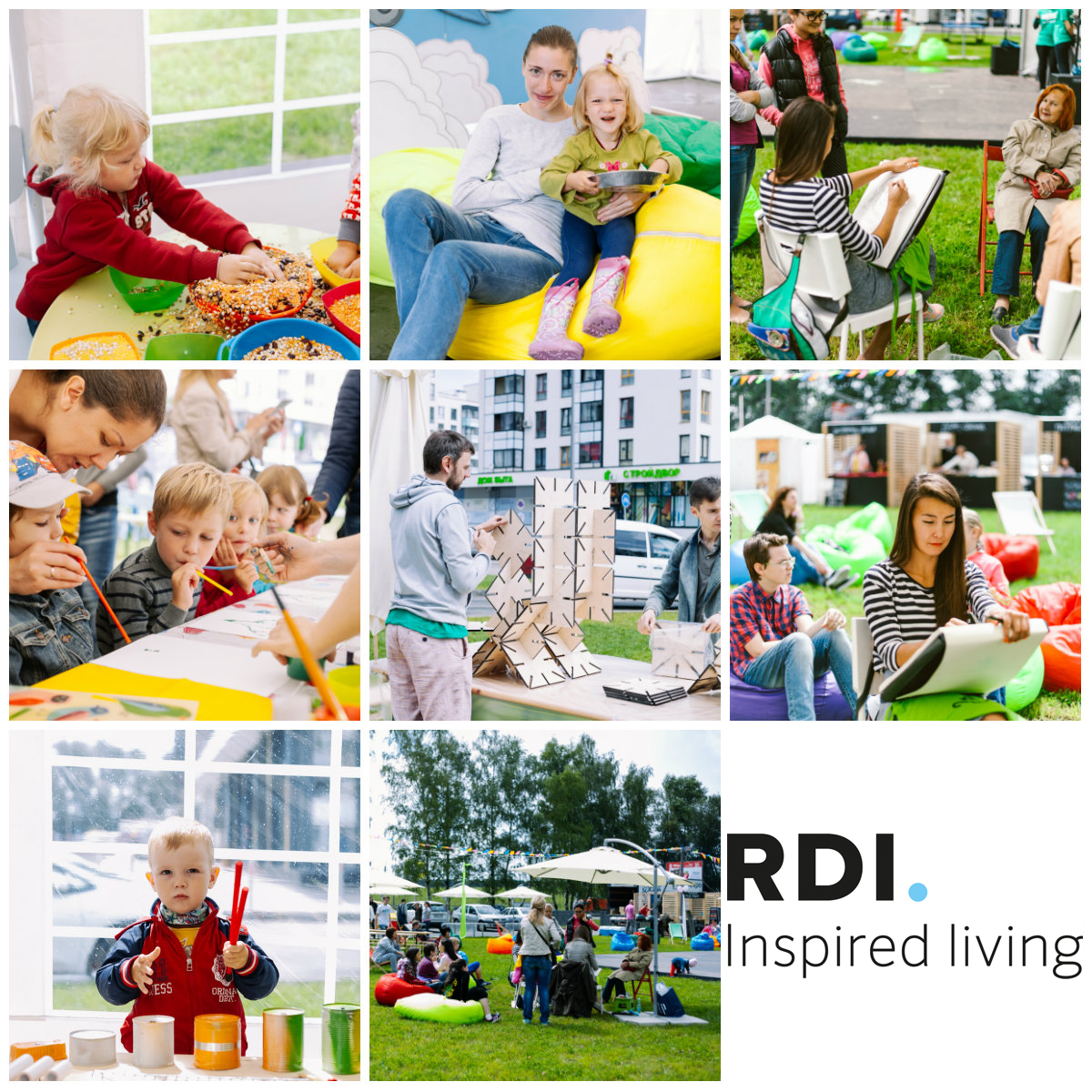 The festival program in Novo-Molokovo also included sports competitions. The locals won the football match between the teams of RDI workers and residents, whereas in the volleyball tournament the first prize went to the construction workers who joined the festival at the weekend. 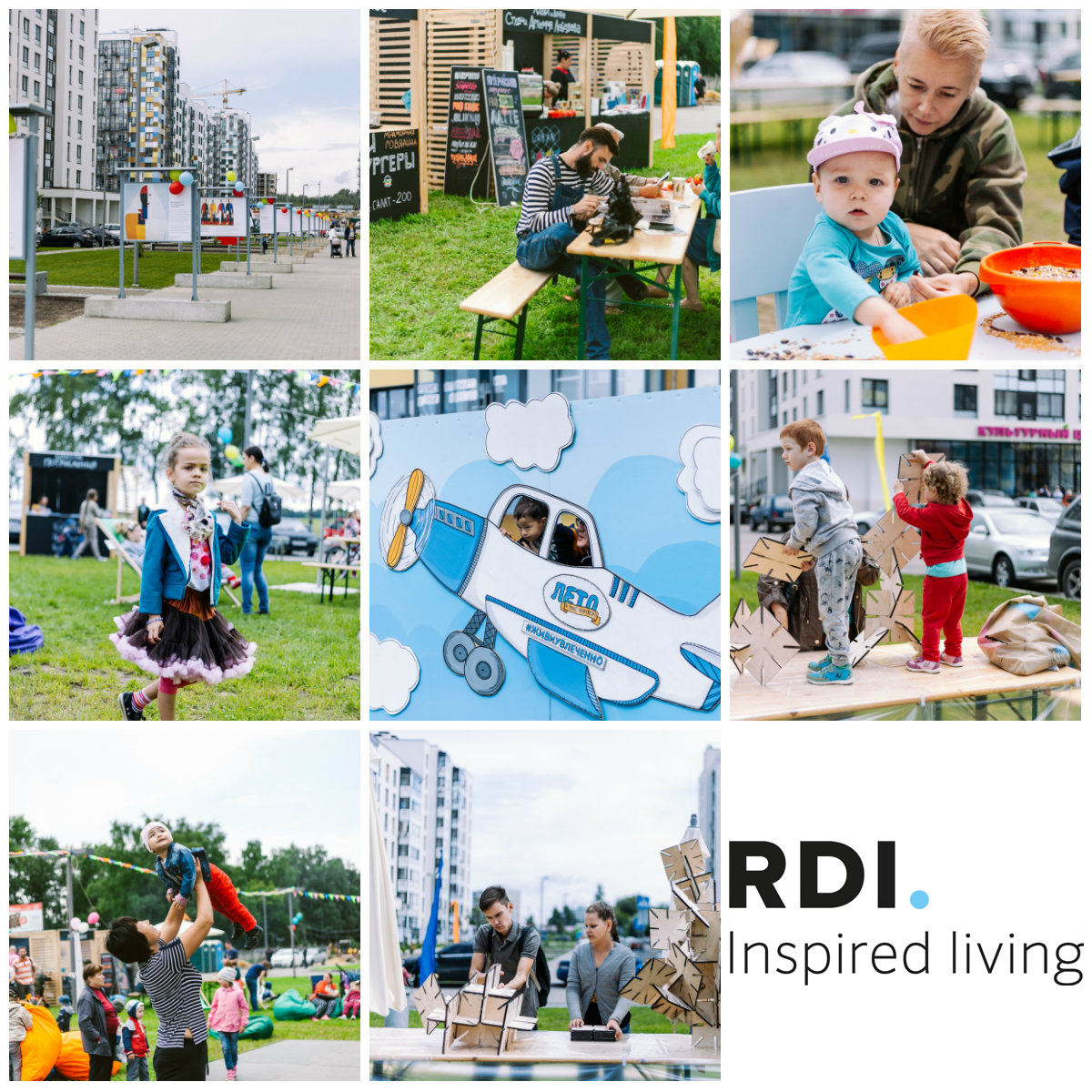 The festival culminated in the performance by a German artist Rene Stessel “Feed a friend”. Accompanied by lively music played by the accordionist, the German cooked soup with dried apricots, anchovy and cabbage, which the volunteers were to feed to their neighbor. Stessel’s soup was appreciated both by pernickety hipsters and their conservative grandmas, and meter-long spoons with a concrete base, real modern art masterpieces, which the organizers generously gave away to all festival participants, have now found home in a dozen of Novo-Molokovo houses.

One could also partake of some art at the central walkway of the cluster, which housed the art exhibition called “MALEVICH: who invented the Black Square” timed to the 100th anniversary of the famous masterpiece. The exhibit followed the process of the Black Square turning into a triangle or a circle, taking various quaint shapes and blazing with all the colors of the rainbow while undergoing transformations during a 10-year period with the helping hand of the author. 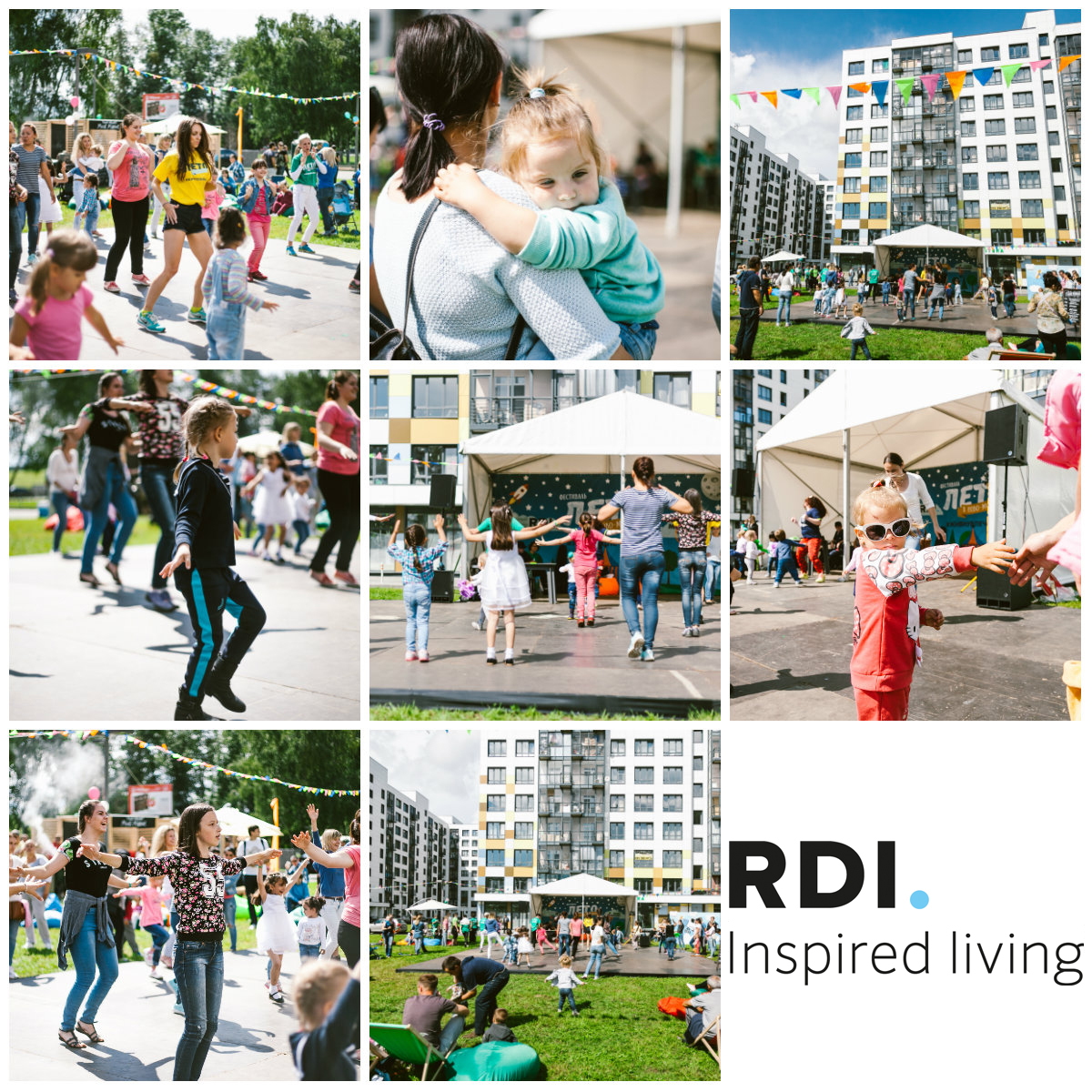 From time to time the guests moved to the Urban ART Market site in order to discuss their impressions, talk to their friends and make a pause after dancing, free running and free-style football classes taking a comfortable seat in a beach chair, on bin-bag or right on the green lawn. Here, in the course of a friendly chatter with a cup of tea, the main torch bearer of the festival, the Chairman of Board of Directors of RDI Group and owner of the Viennese fair Viennacontemporary Dmitry Aksyonov talked about things that were important for creating a comfortable living environment, and why the developer was interested in it: “The concept of development is very broad, but first and foremost it means development of the territory. In Novo-Molokovo we are developing the territory in a holistic way, i. e., we are creating from scratch an entire city, which has all the amenities: shops, cafes, children’s and sports playgrounds, a culture center, an art gallery, with its own traditions, which at present are just being conceived, with neighborhood membership clubs. Our goal is not only to build high-quality housing, but also to create a meaningful environment. So far, apparently, we have been quite successful at that.” 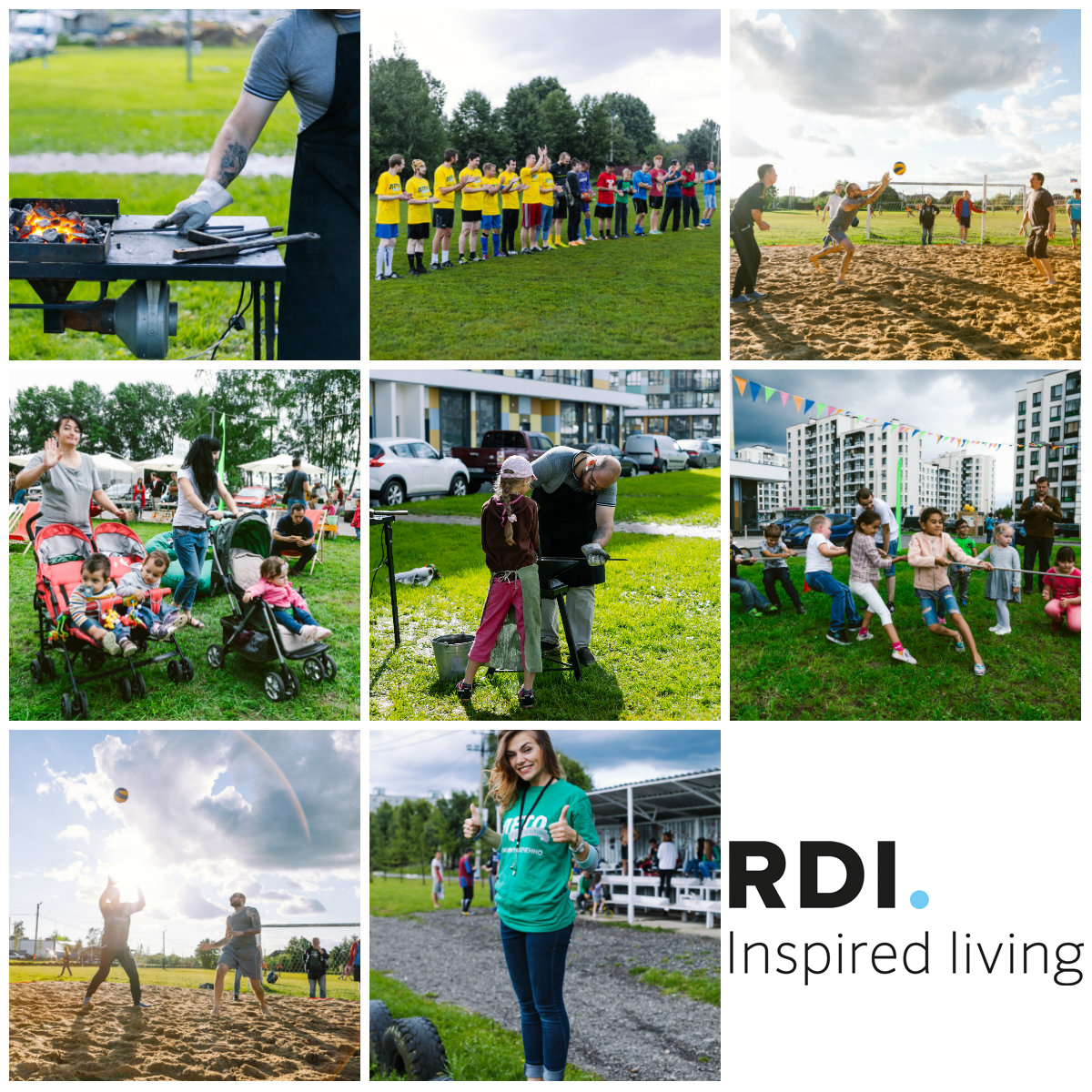 The participant of the Urban Art market, "A Spanish Corner": “Last weekend we participated in the festival in Novo-Molokovo. What can I say? The festival was no worse than similar urban festivals in Italy! People were genuinely happy, there was music everywhere, children were playing and dancing. I should hand it to the talented organizers, they had made an excellent program for children and adults, and organized a very diverse and high-quality food-court. We especially liked the unique friendly, family-like atmosphere of the festival. I enjoyed working here. It would be great if such festivals became a tradition.” 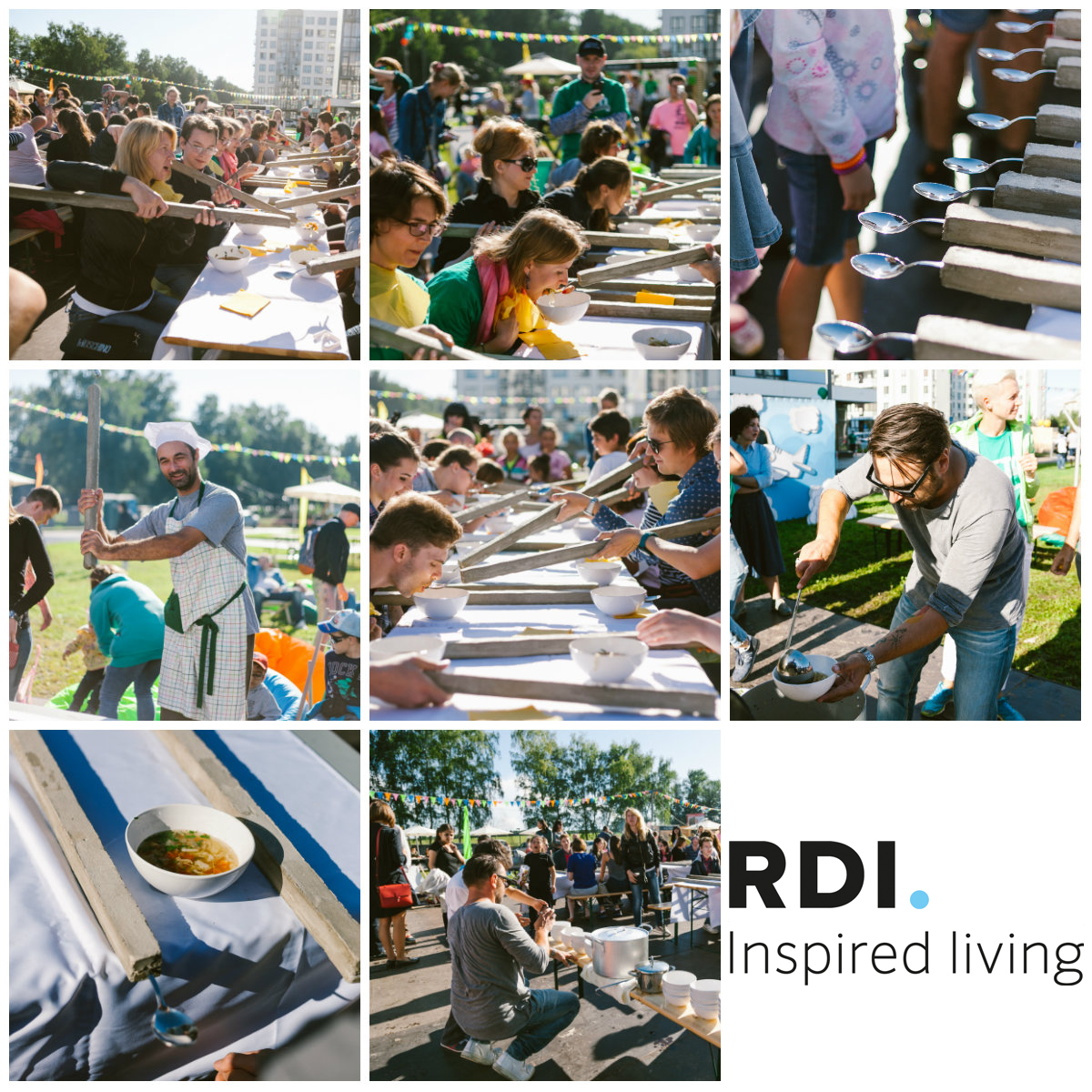 More than 500 city dwellers, who drank 40 liters of lemonade, ate more than 200 burgers in one day, took part in the festival in Novo-Molokovo. All calories were generously burnt while dancing, participating in sports competitions and master-classes, and the energy charge and festive mood will last for a long time to come. This charge should last until the next meeting at the Novo-Molokovo site and for the photo project “Faces of the city dwellers” by the artist Lena Tsibizova at the forthcoming modern art fair  in Vienna VIENNACONTEMPORARY (24 – 27/09/2015). 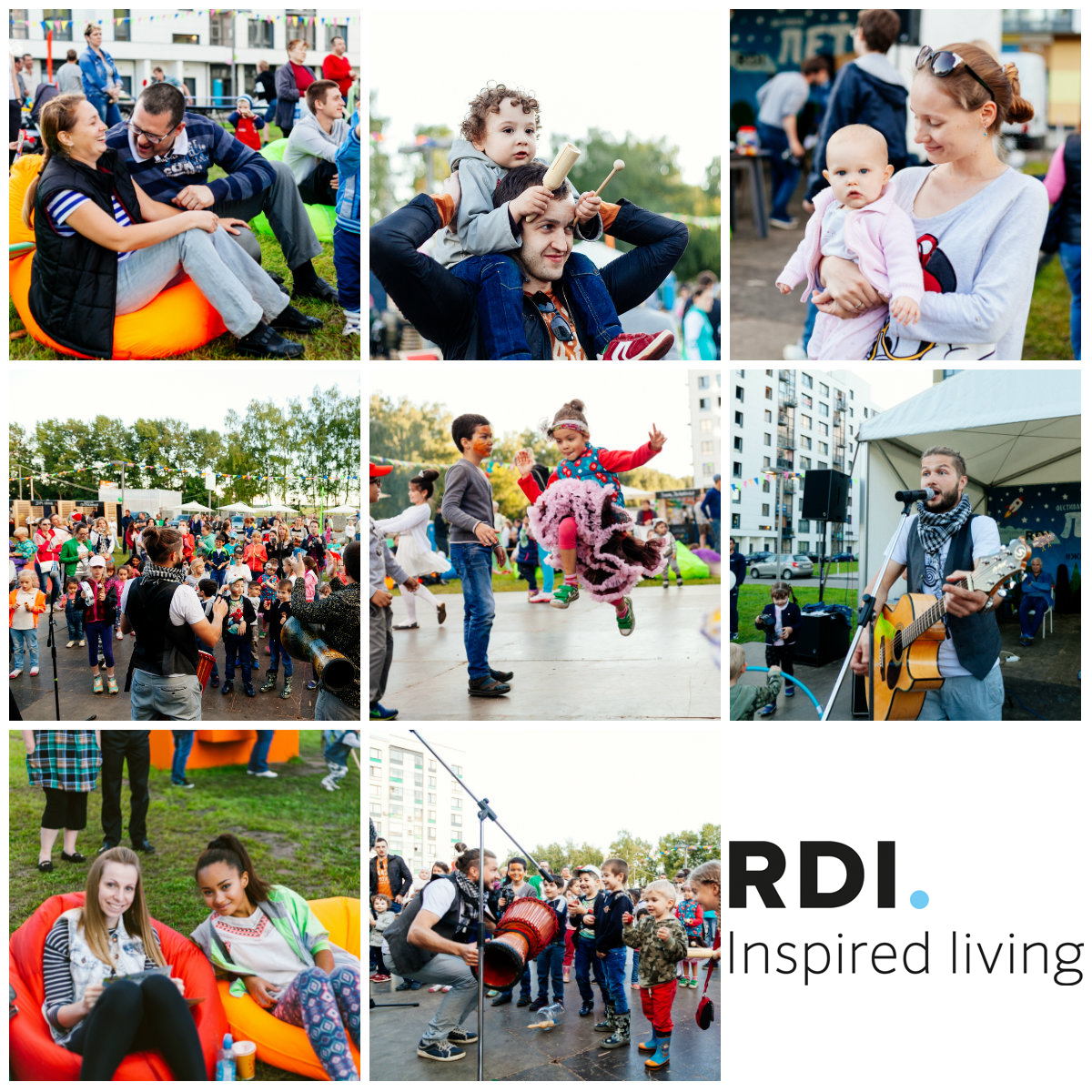